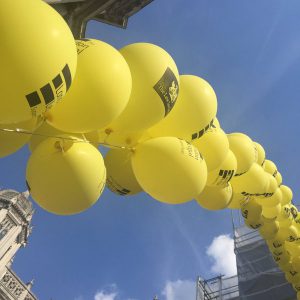 This year Harmans again fielded a team of walkers for what proved to be a beautiful evening’s walk around the centre of London.

Unfortunately the team proved a little smaller than usual with paltry excuses like ‘having a baby’ and ‘on holiday of a lifetime’ being deployed. We did, however, have the assistance of the NHS as my two daughters (doctor and nurse) both pitched up to swell the numbers.

Upon our arrival at the start we were greeted by the usual extremely tall policemen and human hedges together with an array of food stalls guaranteed to negate any good that the walk may have done to the participants.

The turnout was enormous, reportedly 10,500, which led to the normal chaos at road crossings but fortunately everyone seemed to keep their temper and decorum was maintained.

Stops for water, and more importantly, beer and ice cream proved to be popular and I suspect that some walkers may have taken up to 3 hours to complete the course.

As usual the latter half of the walk seemed to go quicker than the first half (probably due to delirium) and after all the exertion a beer in the Knight’s Templar was very welcome.

As I write the walk has raised some £660,000 with funds still coming in, which by any standards is a remarkable achievement. A final figure will be announced in September.

Hope to see you there next year. 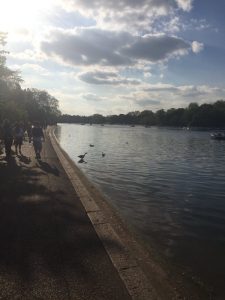