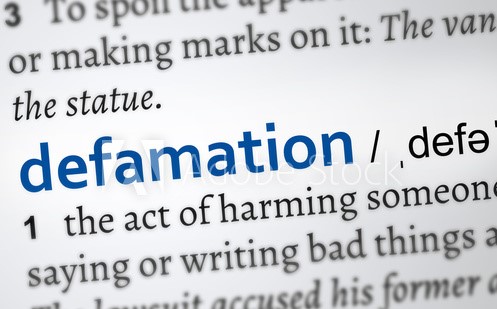 Defamation is the publication to a third party of a statement about you which has caused or is likely to cause serious harm to your reputation. The defamatory publication will either be a libel or a slander.

Libel relates to a defamatory publication which is permanent. Most obviously this includes written material (books, newspaper and magazine articles or material published online), as well as allegations appearing on TV or radio.

Solicitors who deal in the above require specialist costs knowledge contrary to what may be argued by the Paying Party when it comes to recovering costs.

Historically damages are modest; the driving motive of many cases is the Client’s desire for an apology; an acknowledgment that they have been unfairly represented and have had their reputation damaged.

At Harmans we have represented a number of specialist firms undertaking difficult cases.

One particular case, Henry v News Group Newspapers Limited, was extremely complex and ran for a number of years.

The Sun newspaper had launched a “campaign for justice” targeted largely at social workers and their managers. Under the headline Blood on Their Hands, the paper demanded that those involved in children’s services in the north London borough lose their jobs. The article named Mrs Henry as one of the care workers although her involvement with the Baby P case was minor and she had in fact made recommendations for the infant’s removal from his home.

The article had a devastating impact on Mrs Henry, Baby P was a 17-month-old boy who died in London in 2007 after suffering more than fifty injuries over an eight-month period, during which he was repeatedly seen by the London Borough of Haringey Children’s services and the National Health Service (NHS).

The issue of costs was complicated as there had been a Costs Budget prepared on behalf of the Claimant which was approved at a Case Management Hearing. The Bill of Costs prepared at the conclusion of the claim exceeded the approved budget by £270,000. This was the first case to consider approved Costs Budgets and departure from the same. The matter came before the then Senior Costs Judge, Peter Hurst, who, with great reluctance, restricted the Claimant to costs as budgeted.

The matter proceeded to the Court of Appeal, 28 January 2013 when the Court was persuaded that there was good reason to depart from the approved budget.

Mr Simon P Browne QC had been instructed both before the Master and at the Court of Appeal at the recommendation of Harmans.

This case was a clear example that Defamation and Libel claims are unique; an area of law where only specialist Solicitors should tread; unlike claims for recovery where the level of damages is often the yard stick against which complexity/importance and proportionality is applied; Defamation/Libel cases however usually involve the recovery only of modest damages however it is the quantification of the damage to an individual’s reputation that requires specialist consideration; what price can one put on the issue of an apology in open Court or the publication of an article retracting a false story.

Certainly in Mrs Henry’s case it was not a question of damages likely to be recovered but the client’s desire, need, to effectively clear her name. Indeed in this case the client rejected offers of higher damages where no apology was offered.

At Harmans we understand that the result cannot always be measured by the number of zeros that appear in the final settlement.

It may be of interest to certain readers to consider the approach adopted to the issues of Hourly rates, Proportionality and Additional liabilities in Breach of Privacy claims.

The Senior Costs Judge, Master Gordon-Saker was initially asked to consider hourly rates (as well as additional liabilities and applications for relief from sanctions) in relation to this phone hacking litigation.

CPR 44.4 (Factors to be taken into account in deciding the amount of costs) was considered. The majority of the firms representing the Claimants were based in Central London and all of the firms specialised in media work.

Counsel acting on behalf of the Defendant had to concede that the assessment of damages in these cases involved novelty and created new law.

Master Gordon-Saker had no hesitation in concluding that, in this case, rates higher than the guidelines rates were reasonable. The damages were substantial, and in many cases, significantly more than the previous highest award in a privacy case. The Senior Costs Judge accepted that these claims involved some complexity, not only in relation to quantum but also in relation to liability.

The primary burden of the legal argument may lie with Counsel, but the solicitors also had a role in analysing the evidence and formulating and communicating the case.

But, in the Senior Costs Judge’s mind, the overwhelming factor in the case was the importance of this matter to the Claimants in light of the distress and damage to relationships caused by the Defendant’s callous actions.

Taking into account all of the circumstances and based upon Master Gordon-Saker’s experience of comparable (though not similar) cases, in his judgment he allowed the following rates as reasonable:

The issue of proportionality was considered in two waves of Claimants’ claims brought in the phone hacking litigation.

Master Gordon-Saker considered each of the five factor within CPR 44.3 (5) in turn to decide whether the costs incurred were proportionate.

(a) the sums in issue in the proceedings;

(b) the value of any non-monetary relief in issue in proceedings;

These claims were not just about damages with injunctions sought, undertakings, statements in open Court and apologies being given.

(c) the complexity of the litigation;

Master Gordon-Saker did not accept that these claims were straightforward when considering the number and nature of the interlocutory hearings and the estimated lengths of trials, amongst other factors.

(d) any additional work generated by the conduct of the paying party; and

The Senior Costs Judge did not find that the Defendant’s conduct during the claims in question generated any additional work.

(e) any wider factors involved in the proceeding, such as reputation and public importance.

Master Gordon-Saker found that there was a number of wider factors involved within these waves such as the Claimants’ reputations.

The Senior Costs Judge found that costs can be proportionate even though they exceed damages and the financial value is but one of the five factors to be taken into account.

Breach of privacy claims are one of a few types of claims (such as mesothelioma claims and insolvency proceedings) where the receiving party is still able to recover their additional liabilities (both success fees and ATE premiums) from the paying party.

Practice Directions 48 refers to the transitional provisions and exceptions – Part 2 of the legal aid, sentencing and punishment of offenders act 2012 relating to civil litigation funding and costs.

Again the above is a clear example that this specialist area of the Law requires Solicitors experienced in such claims in order to ensure that it is not simply a question of the damages recovered that defines the proportionality of work undertaken.