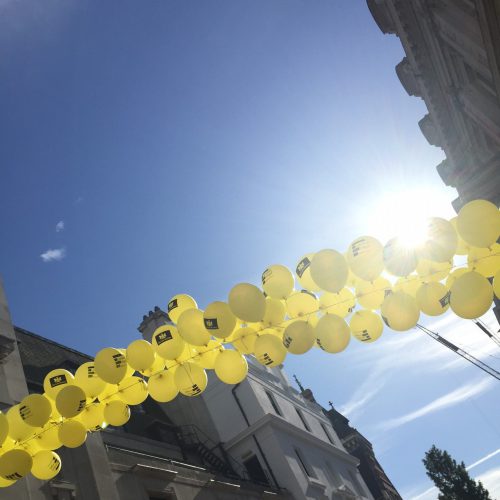 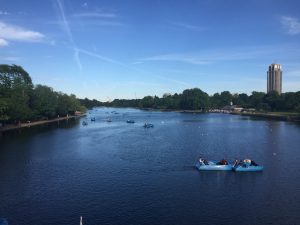 Once again Harmans fielded a team of walkers for what proved to be a beautiful evening’s walk around the centre of London. There was a record breaking turnout of more than 12,000 walkers from 700 teams.

Organised by the London Legal Support Trust, the charity walk (or run if you’re feeling particularly energetic) raises funds for free legal services across London and the south east.

Upon our arrival at a very sunny Chancery Lane we were greeted by the usual extremely tall policemen and human hedges together with an array of food and drink stalls guaranteed to negate any calorie loss achieved during the walk.

Harmans Partner Steve Jones had spent the day at a hearing and didn’t have suitable kit with him but was not to be deterred!  Extra credit to him for completing the walk wearing his suit, smart shoes and carrying a rather heavy briefcase. Not sure that he ever wants to put those shoes back on again though…

We also dragged John Moss out of retirement for the walk and he promptly beat us all to the finish line.

The usually impenetrable log jam of walkers at the end of the Mall and around Buckingham Palace seemed less of a struggle than in previous years, perhaps down to the fact that there were two routes to choose from this year – the usual Park route or the alternative River route. In fact, despite Team Harmans setting out on the Park route we think we may have somehow wandered on to and finished via the River route as that last kilometre seemed to take an eternity. So, at least 11km later we hydrated at The Knight’s Templar, admired the fire eaters and stilt walkers and eyed up the very tempting Cheese Truck.

The London Legal Walk grows in strength and popularity each year which is excellent news for those dedicated people who maintain access to justice in the capital.

Our sponsorship page remains open so there’s still time to support this great cause.

We hope to see you there next year.